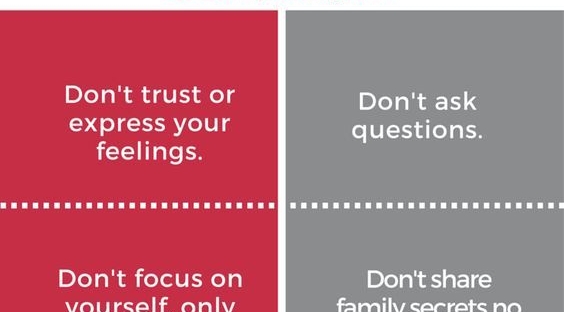 Sometimes while in the middle of a storm you don’t realize how chaotic or dysfunctional a situation is. It is like the saying of hindsight is 20/20, when we reflect back on certain situations or interactions we may be able to see that something wasn’t right or “normal”. The further you are away from something the more clearly you are able to see it.

In December, I went to see my therapist. There were a couple of situations from the beginning of the month that had sent my anxiety over the edge and I went to check in with her. Since it had been four months since I had last seen or spoken to her there was a lot of catching up to do.

During our conversation we discussed a few things that had gone on recently and a few other things that were upcoming. I casually mentioned to her that I was just in shock that a bourbon society a couple of states away that my uncle (my mom’s cousin) belongs too started a team for their local ALS walk and they will be walking and raising money in memory of my dad. She asked me why I was in so much shock. I told her that my only connection to this society was my uncle and that although they had sponsored my team in the Upstate, I didn’t expect them to create a local team and do the same.

Her response was something I don’t think I will ever forget, her response was simply that I was not used to people acting “normal”, that I had become accustomed to the dysfunction around me and was not able to recognize “normal”. That’s when it hit me. I had become conditioned to believe what had previously surrounded me was “normal”. The reality is that I didn’t really know anything different, certain behaviors, phrases and attitudes I had just assumed were “normal”.  Yet here I am in my early 30’s starting to learn that I was mistaken, that life and families are functional, dysfunctional, functionally dysfunctional and everything in between.

Reviews of Ode to Bermuda Grass

“Ode to Bermuda Grass is a must read! The author paints a very honest point of view of her unique struggles; losing her mother at a young age as well as being a Korean adoptee. Anyone who has ever dealt with grief, has been adopted, or is thinking of adopting one day needs to read this woman’s story! You won’t be able to put it down.” – Rachael W.

“Julie digs deep into her past and present struggles making us all feel like we aren’t the only ones going through something. Her experience with adoption, loss, and grief will definitely touch people’s lives.” – Ashley S.

“Wow!  Ode to Bermuda Grass is such a compelling story of the authors struggles throughout her childhood and into adulthood with loss, grief, relationships and discovering her true self.  Julie’s openness and ability to share such a personal journey, brings the reader to feel a special connection.  I read it once and re-read it again!”  –  Tara C.

“This book chronicles one woman’s journey through grief and loss, in which she comes out a better person after facing down demons from her past that have haunted her life for too long. She was adopted, and lost a parent at a young age; she never really felt like she fit in. Through years of self-sabotage and constant criticism, she believed that in order to get along in life she must never be selfish or put her own needs first. But as an adult, she finally started to realize that true love comes from within; nobody else can love you unless you love yourself first. This is a lovely, poignant memoir.” – Brianne P.